Brazil at the CRC: Need of Regulatory Decree to Enforce the Code 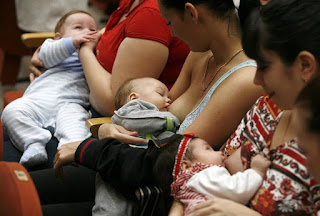 On this occasion, IBFAN presented an alternative report to inform the CRC Committee on the situation of infant and young child feeding in Brazil.

General overview of breastfeeding in Brazil

IBFAN highlighted that high rate of maternal mortality in Brazil, while the rates of exclusive breastfeeding and continued breastfeeding at 2 years are low. Besides, IBFAN expressed concern about the lack of systematic and regular monitoring of breastfeeding indicators.

Besides, the pre-service training curricula should be reviewed and updated according to the scientific evidence and WHO recommendations. In addition, the practical teaching of clinical management of breastfeeding and healthy complementary feeding should be improved, and health professionals should be properly trained on implementation and enforcement of the International Code of Marketing of Breastmilk Substitutes (hereafter: the Code).

IBFAN also noted that the protection of breastfeeding is insufficient due to the lack of enforcement of the Law 11-265 of 2006 implementing the Code. Therefore, the adoption of a regulatory decree is needed.

IBFAN further highlighted that women working in the informal sector are not cover by the maternity leave. It also emphasized the small number of "baby-friendly" hospitals (about 9% of all health facilities) of which less than 50% showed to comply with the UNICEF 10 Steps to Successful Breastfeeding and the International Code of Marketing of Breastmilk Substitutes. Only 30% of children are born in an accredited Baby-Friendly Hospital.

The CRC Committee began by congratulating the state party on the progress achieved in terms of basic health services, but it noted that progress tis still to be made, in particular by improving the access to health services in rural areas. It highlighted that 10% of children have stunted growth and that child obesity rate has increased. The Committee also questioned the number of health personnel in hospitals and the quality of their training. It also mentioned the long queues of patients waiting to access hospital services and the medical errors that occurred in emergency departments. The Committee finally expressed concerns about the high rates of maternal and child mortality as well as about the rate of caesarean sections.

Regarding basic health care services, the Brazilian delegation answered that despite 40,000 basic health care units providing health services for free, the number of doctors is still insufficient. Therefore, the government launched the "More Doctors" programme and hired Cuban physicians to reinforce basic health care units. In addition, the delegation noted that child malnutrition decreased from 14% in 1990 to 1.7% in 2012. However, there is still a significant number of cases of malnutrition, especially among indigenous children. Indigenous population also shows higher child mortality rates than in the average population. For these reasons, the government has allocated more doctors in indigenous areas.

In its follow-up questions, the Committee noted that Brazil has not yet ratified the ILO Convention No. 183 and asked whether the government plans to ratify it. Indeed, the Committee highlighted that such ratification could help improving the situation of working women, allowing them to continue breastfeeding. The Committee mentioned the Brazilian exemplary Law 11-265 of 2006 implementing the Code. However, it noted with concern the lack of a regulatory decree to enforce the law. Finally, the Committee asked how many hospitals comply with the UNICEF 10 Steps to Successful Breastfeeding.

The delegation admitted that 51% of the population is overweight (35% of boys and 32% of girls) and ensured the Committee that measures have been adopted to tackle this issue, including measures to promote breastfeeding and healthy eating habits for pregnant mothers and mothers of children under 5 years. A guide which focuses on healthy eating habits has been issued and updated in 2014. Besides, a regulatory decree enforcing the Law 11-265 of 2006 is to be signed in order to regulate the marketing of breastmilk substitutes. The decree is to be launched on the 12 October at the occasion of Children’s Day.

The Committee further asked the delegation to what is done to inform HIV-infected mothers about infant and young child feeding and especially breastfeeding. The delegation answered that the national policy on HIV/AIDS and breastfeeding provides that infected women should refrain from breastfeeding. Therefore, the government allocates them financial support to buy infant formula.

In its Concluding Observations, the Committee made both indirect and direct recommendations related with infant and young child feeding. It first recommended Brazil to increase investment in existing programmes aimed at improving the reach and quality of health services in order to ensure access to quality health services, particularly for indigenous children, Afro-Brazilian children and children living in rural and marginalized areas (§54) and to strengthen its efforts to ensure that Family Health Support Units (NASF) are accessible for indigenous children was also required (§56b). The Committee also urged the country to provide the Special Secretariat for Indigenous Health (SESAI) with adequate human, technical and resources to guarantee access to quality services for all indigenous population (§56a).
With regard to nutrition, the Committee recommended Brazil to allocate adequate human, technical and financial resources to the Indigenous Nutritional Supervision System (SISVAN) to ensure that children affected by malnutrition receive adequate food and safe drinking water (§56c).
After expressing concerns on the high level of obesity and vulnerability of children to unregulated advertising promoting unhealthy food (§57), the Committee thus recommended the State party to take all necessary measures to address obesity, promote healthy lifestyles, raise awareness of health nutrition and establish a regulatory framework from advertising in order to control misleading advertising (§58).
The Committee also highlighted the increase in new HIV infections among adolescents (§61), recommending Brazil to improve access to quality, age appropriate HIV/AIDS, sexual and reproductive health services (§62a). With regard to children and business sector, the Committee specifically recommended Brazil to establish a regulatory framework for the impact of business sector on children’s right particularly the mining and construction sector, agribusinesses, food enterprises to ensure that their activities do not affect human rights (§22a). Likewise, it recommended the state party to ensure effective implementation by companies of international and national environment and health standards and appropriate sanctions or remedies when violations occur (§22b) as well as full disclosure of the environmental, health and human rights impacts of company’s business activities and their plans to address such impacts (§22c).
With reference to environmental health, the Committee recommended the state party to ensure the enforcement of existing laws and regulations concerning the use of agrochemicals (§66a) and improvement of water supply infrastructure (§66b), and to raise awareness programmes for communities living in affected areas to minimize the risks of being exposed to contaminated water and food (§66d).

Finally, regarding breastfeeding promotion, the Committee urged Brazil to improve the practice of exclusive breastfeeding for the first six months of age through awareness-raising measures including campaigns, information and training  for relevant officials, in particular staff working in maternity units and parents as well as to strengthen the monitoring of existing marketing regulations relating to breast milk substitutes (§68).

Update 4 November 2015: The President of Brazil signed the regulatory decree related to the Law 11-265 of 2006 and thus, allowed full enforcement of the law implementing the Code.
Pubblicato da Unknown a 18:19