Violations of the Code in Australia lead to Low Breastfeeding Rates

Australia reported for the fourth time at the CRC Committee on the 4th and 5th of June 2012. IBFAN had submitted an alternative report on the situation of infant and young child feeding in Australia. 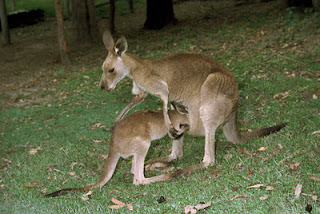 The Committee members addressed issues of infant and young child feeding as part of the health topic. The Committee acknowledged the high rates of early initiation of breastfeeding in Australia, however these were followed by reports of extremely low exclusive and continued breastfeeding rates across the country. The Committee remarked that the exclusive breastfeeding rates are going down, and this can be attributed to the poor monitoring of the International Code ofMarketing of Breastmilk Substitutes (the Code), which has led to a large amount of advertisement on infant and toddler formula.
The Committee asked the government delegation many questions regarding the monitoring of the Code in Australia and how the government reacts to violations. The government mentioned the voluntary agreement with the industry peak body (INC), which restricts the advertising of infant formula (including follow-on formula but not including toddler formula or growing-up milk) to the general public by manufacturers and importers in theory. It does not apply to the activities of retailers and it does not restrict the advertising of feeding bottles and teats or complementary foods that are marketed as suitable for infants less than 6 months old. However, no information was provided on the effective implementation and monitoring of the Code in practice.
The Committee also asked if there are policies in place in Australian hospitals that promote breastfeeding in alignment with the Baby-friendly Hospital Initiative (BFHI). The government did not respond to this question.
The Australian government stated that breastfeeding falls under the category of discrimination in the workplace and that it is illegal for a woman to be discriminated against for breastfeeding once she returns to work.
Pubblicato da Unknown a 17:46