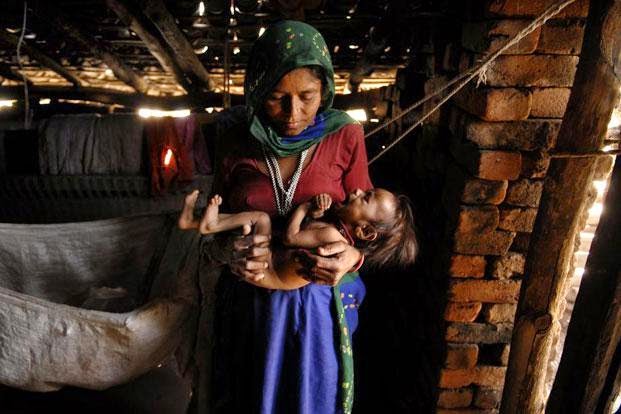 
A world-wide network. IBFAN is a 35-year old coalition of more than 273 not-for-profit non-governmental organizations in more than 168 developing and industrialised nations. The network works for better child health and nutrition through the protection, promotion and support of breastfeeding and the elimination of irresponsible marketing of breastmilk substitutes.

Our commitment. IBFAN is committed to the Global Strategy on Infant and Young Child Feeding (2002) – and thus to assisting governments in implementation of the International Code of Marketing of Breastmilk Substitutes (International Code) and its relevant resolutions of the World Health Assembly (WHA) to the fullest extent, and to ensuring that corporations are held accountable for their International Code violations. In 1998, IBFAN received the alternative Nobel Prize, called the Right Livelihood Award, “for its committed and effective campaigning for the rights of mothers to choose to breastfeed their babies, in the full knowledge of the health benefits of breastmilk, and free from commercial pressure and misinformation with which companies promote breastmilk substitutes”.

A crucial underlying determinant to prevent child mortality and morbidity
Breastfeeding, the most effective intervention to save children lives. Breastfeeding is a key element to combat mortality and morbidity of children under 5 years of age; it is the single most effective intervention for saving lives.[1] Optimal breastfeeding practices, including exclusive breastfeeding for the 6 first months, have proven to reduce infant and child mortality while sub-optimal breastfeeding practices significantly increase sanitary risks for the child, including infections, diarrhoea and pneumonia, the three major killers of infants and children.[2] Colostrum, the mother’s milk during the first post-partum days, provides protective antibodies and indispensable nutrients, essentially acting as a first immunisation for newborns, strengthening their immune system and reducing the chances of death in the neonatal period. Breastmilk alone is the ideal nourishment for infants for the first six months of life, providing them all of the nutrients they need, which means that no other liquid or food is required. Furthermore, continued breastfeeding beyond six months, accompanied by adequate complementary foods, ensures growing children a good nutritional status and protects them against illnesses.[3] In addition, breastmilk is a low-cost, high quality and locally produced food and thus, ensures food security from the start of the life.[4] Therefore, the World Health Organisation (WHO) recommends exclusive breastfeeding until 6 months of age and then, complementary breastfeeding until 2 years of age or further. Despite these recommendations, approximately 1.4 million children under five die each year because they haven’t been properly breastfed, 830 000 of which could have been prevented if the infant had been breastfed within the first hour after birth.[5]

Early cessation of breastfeeding and the impact of infant formula on child health. While the crucial role of breastfeeding in fighting child mortality and morbidity is widely recognised, early cessation of breastfeeding in favour of industrial breastmilk substitutes as well as needless supplementation and poorly timed introduction of complementary foods are far too common. Currently, only 39% of the 134.6 million infants born worldwide are exclusively breastfed in the first 6 months. This leaves almost 85 million of babies whose right to health, adequate food and nutrition is compromised by early cessation of breastfeeding. Moreover, only 58% of children are still breastfed at 2 years.[6] These low breastfeeding rates are due to several combined factors related to the lack of integrated programmes at scale for the protection, promotion and support of optimal infant and young child feeding, including lack of protection from unethical marketing of breastmilk substitutes, bottles and teats, lack of promotion and support in the health care system and lack of support for breastfeeding women in their workplace.[7] As a result, numbers of babies are fed with breastmilk substitutes, what denies the child the positive effects of breastfeeding highlighted above and increases the risks of exposing the child to pathogenic organisms and substances. The harmful pathogens that may contaminate the powdered formulas can cause serious illnesses and even lead to death.[8] Lastly, the presence of bisphenol A, a chemical component of most plastic bottles and teats, may present danger for child health and therefore, increase the risks associated with artificial feeding.[9]

Breastfeeding and the baby food industry. The misconduct of baby food companies continues to be a key cause for poor breastfeeding practices, as these companies reap profits from promotion of their products which directly compete with breastfeeding. They too often undermine breastfeeding by making unethical and unfounded claims about their products and by marketing them in deceptive ways. These commercial malpractices have a negative impact on the realisation of the right of children to health and to adequate food and nutrition, and thus affect directly child mortality and morbidity rates. Indeed, studies have shown that promotion of breastmilk substitutes has a negative influence on breastfeeding rates.[10] Besides, the increasing undue influence of companies, including baby food companies, on policy-makers and key institutions constitutes a threat to the independence of public health institutions. Therefore, it risks affecting their ability to work in the public interest in a transparent and accountable way. For these reasons, IBFAN promotes the accountability of the business sector by engaging in a critical debate about the role and the human rights obligations of commercial actors. Therefore, we work towards the implementation of the Maastricht Principles on Extraterritorial Obligations of States in the area of Economic, Social and Cultural Rights[11]. In addition, IBFAN advocates for the adoption of legal safeguards against the impact of conflicts of interest within the process of policy-making at both international and national levels, for example within the framework of the WHO reform.

Women’s rights to reproductive health and maternity protection. Human rights for women and children were largely developed separately within the human rights framework and the complex inter-connectedness of mother and child in pregnancy, infancy and breastfeeding has not yet been adequately addressed. Breastfeeding has not been properly recognised by the international community as an essential part of human rights, including as women's sexual and reproductive right, and it is constantly undervalued and threatened because of misinformation and commercial pressures. Furthermore, the maternal practice is seen by some as being incompatible with other roles that women have, in particular their occupational role. Dominant social values, structures and institutions, which are rapidly spreading across the globe, often exploit and undervalue women's physical needs and both their productive and reproductive contributions. Many countries, industrialised and developing alike, lack adequate maternity protection in the workplace to protect breastfeeding practices. Currently, there is no comprehensive framework or convention tackling the rights, needs and capability of both mother and child during this critical period of biological, emotional, social and legal interconnectedness. For this reason, in 2014, IBFAN will advocate for women’s rights to reproductive health as well as maternity protection within the framework of the Convention on the Elimination of Discrimination against Women (CEDAW) by submitting regularly alternative reports to the CEDAW Committee and sharing CRC Committee’s Concluding Observations to promote harmonisation of work of these two treaty bodies.

Contribution to international consultation processes. IBFAN takes part in human rights bodies’ topical discussion days, providing its expertise on issues such as the rights of children of incarcerated parents,[19] and attempts to raise the profile of safe food and adequate nutrition for infants and young children, i.e. breastfeeding and optimal infant feeding practices, in relevant international and national policies in the context of Post-2015 Millennium Development Goals agenda.[20] In addition, IBFAN will take part in the upcoming 2nd International Conference on Nutrition.


[1] Bhutta et al., What works? Interventions for maternal and child undernutrition and survival, The Lancet, 2008, 371 (9610) : 417-440. http://www.who.int/nutrition/topics/Lancetseries_Undernutrition3.pdf.
[2] Arifeen S. et al., Exclusive breastfeeding reduces acute respiratory infection and diarrhea deaths among infants in Dhaka slums. Pediatrics, 2001, 108(4): 67. http://pediatrics.aappublications.org/content/108/4/e67.full?sid=832a7273-16cf-4a41-a87d-bda69505da92.;
Chantry C.J. et al., Full Breastfeeding Duration and Associated Decrease in Respiratory Tract Infection in US Children. Pediatrics, 2006, 117( 2) : 425 -432. http://pediatrics.aappublications.org/content/117/2/425.full.;
Duijts L. et al., Prolonged and Exclusive Breastfeeding Reduces the Risk of Infectious Diseases in Infancy. Pediatrics, 2010, 126 (1) : 18 -25. http://pediatrics.aappublications.org/content/126/1/e18.full.
UNICEF, Pneumonia and diarrhoea : How to tackle the deadliest diseases for world’s poorest children. June 2012. http://www.unicef.org/media/files/UNICEF_P_D_complete_0604.pdf.
[3] Singh K. and Srivastava P, The effect of colostrums on infant mortality: urban rural differentials. Health and Population, 1992, 15(3&4): 94-100. http://nihfw.org/Publications/material/J294.pdf.
[4] IBFAN, Food and nutrition security from the start of the life, Submission to the E-Consultation on Hunger, Food and Nutrition Security. http://www.fao.org/fsnforum/post2015/sites/post2015/files/resources/post%202015_08%2001%202012_IBFAN%20input%20(2).pdf.
[5] Save the Children, Superfood for babies: How overcoming barriers to breastfeeding will save children’s lives, 2013. http://www.savethechildren.org/atf/cf/%7B9def2ebe-10ae-432c-9bd0-df91d2eba74a%7D/SUPERFOOD%20FOR%20BABIES%20ASIA%20LOW%20RES%282%29.PDF.
[6] Childinfo / UNICEF, Child nutrition – Statistics by area : Infant and young child feeding. http://www.childinfo.org/breastfeeding_iycf.php. (accessed 7 February 2014)
[7] UNICEF / IBFAN, Challenges to Breastfeeding and State Parties’ Obligations, Oral Presentation to the CRC Committee, 21st January 2014, Geneva.
[8] FAO / WHO, Enterobacter sakazakii and other microorganisms in powdered infant formula, Meeting Report, WHO Microbiological Risk Assessment Series, 2004, 6. http://www.fao.org/docrep/007/y5502e/y5502e00.htm.
IBFAN, Infant and Young Child Feeding and Chemical Residues, 2013. http://ibfan.org/ips/IBFAN-Statement-on-Infant-and-Young-Child-Feeding-and-Chemical-Residues.pdf.
[9] Braun J.M. and Hauser R., Bisphenol A and children's health. Current Opininion in Pediatrics, 2011, 23 (2): 233-239. http://www.ncbi.nlm.nih.gov/pubmed/21293273.
Braun J.M. et al., Impact of Early-Life Bisphenol A Exposure on Behavior and Executive Function in Children. Pediatrics, 2011, 24: 873-882. http://pediatrics.aappublications.org/content/126/1/e18.full.pdf+html.
Donna S. et al., Bisphenol A and Chronic Disease Risk Factors in US Children. Pediatrics, 2013, 19: e637-e645. http://pediatrics.aappublications.org/content/early/2013/08/13/peds.2013-0106.full.pdf+html.
[10] US Government Accountability Office, Some Strategies Used to Market Infant Formula May Discourage Breastfeeding; State Contracts Should Better Protect against Misuse of WIC Name, February 2006. http://www.gao.gov/new.items/d06282.pdf.
Foss K.A. and Southwell B.G., Infant feeding and the media: the relationship betweenParents' Magazine content and breastfeeding, 1972–2000. International Breastfeeding Journal, 2006 (1): 10. http://www.internationalbreastfeedingjournal.com/content/pdf/1746-4358-1-10.pdf.
[11] Maastricht Principles on Extraterritorial Obligations of States in the area of Economic, Social and Cultural Rights. http://www.etoconsortium.org/nc/en/library/maastricht-principles/?tx_drblob_pi1[downloadUid]=23.
[12] WHO, Global Strategy for Infant and Young Child Feeding, 2002. http://whqlibdoc.who.int/publications/2003/9241562218.pdf?ua=1.
[13] ICDC, Legal Update, January 2014. http://www.ibfan-icdc.org/files/Jan_2014.pdf.
[14] UNICEF, Implementation Hanbook for the Convention on the Rights of the Child, 3rd edition, 2007 : 360. http://www.unicef.org/publications/files/Implementation_Handbook_for_the_Convention_on_the_Rights_of_the_Child_Part_2_of_3.pdf.
[15] In 2013, out of the 17 States Parties reviewed under the Convention, the CRC Committee made recommendations on the implementation of the International Code to 9 countries and recommendations on the protection, promotion and support of breastfeeding to 10 countries.
[16] These reports can be found online on IBFAN’s website: http://ibfan.org/reports-on-the-un-committee-on-the-rights-of-the-child.
[17] IBFAN, Breastfeeding and the right of the child to the enjoyment of the highest attainable standard of health. Contribution to the General Comment on the Child’s Right to Health. http://www2.ohchr.org/english/bodies/crc/docs/CallSubmissions_Art24/InternationalBabyFoodActionNetwork.pdf.
[18] IBFAN / FIAN, Submission to the General Comment on Child Rights and the Business Sector. http://www2.ohchr.org/english/bodies/crc/docs/CallSubmissionBusinessSector/IBFAN_FIAN_JointSubmission.pdf.
[19] IBFAN, Children of Incarcerated Parents: Considerations on Infant and Young Child Feeding, 2011. http://ibfan.org/upload/files/children-inc_parents_IBFAN%20subsmission.pdf.
[20] IBFAN, Food and nutrition security from the start of the life, Submission to the E-Consultation on Hunger, Food and Nutrition Security. http://www.fao.org/fsnforum/post2015/sites/post2015/files/resources/post%202015_08%2001%202012_IBFAN%20input%20(2).pdf.