Croatia at the CRC: Job Insecurity for Working Mothers and Low Rate of Exclusive Breastfeeding 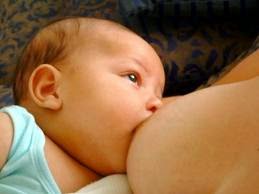 On the 15th September 2014, the Committee on the Rights of the Child considered the combined Third and Fourth Periodic Report of the Republic of Croatia on the situation of the implementation of the Convention on the Rights of the Child in the country. The delegation of Croatia was led by the Assistant Minister for Social Policy, Strategy and Youth, Ministry of Social Policy and Youth, Mr. Hrvoje Sararić and includes the Senior Expert Advisor, Service for Children and Family, Ministry of Social Policy and Youth, Ms. Sabina Morosini Turčinović.

On this occasion, IBFAN presented an alternative report to inform the CRC Committee on the situation of infant and young child feeding in Croatia.

General overview of breastfeeding in Croatia

Information related to breastfeeding is not part of the national data collection survey. Such data are instead based on reports prepared by individual institutions or researchers.

In 2006 a National Breastfeeding Committee (NBC) was established by the Ministry of Health. In 2007 the National Program for Breastfeeding Protection and Promotion was completed by the NBC. However, such Program has not been implemented yet.

The Baby-Friendly Hospital Initiative (BFHI) was successfully revived by UNICEF Croatia in 2006. As a consequence, 30 out of 31 maternity facilities are currently designated as ‘Baby-Friendly’. However, there has been a rapid drop in ‘Baby-Friendly’ standards following the BFHI designation.

Croatian job market (in both private and public sectors) discriminates against women. In particular, contracts are often terminated when the woman becomes pregnant or gives birth. By contrast, different kinds of maternity leave are available. Moreover, during the first 12 months after the child’s birth, mothers who are breastfeeding are entitled to two hours absence from work.

Plans of action and accompanying materials need to be prepared and finalised by the NBC and the Ministry of Health in order to be capable of coping with future emergencies.

The Committee specifically addressed the issue of breastfeeding. It welcomed the increase of mothers who choose to breastfeed (95%). However, it expressed concern with regard to baby food companies’ marketing and advertising concerning formulas and breastmilk substitutes.

The Delegation of Croatia pointed out the adoption in 2012 of a specific program aiming at promoting breastfeeding as the best practice and encouraging women to breastfeed. It also stressed the existence of a Committee for the Promotion and Protection of Breastfeeding.

Croatia expressed satisfaction with regard to the results brought by such a Program, especially in relation to breastfeeding in the first 3 months of life. Indeed, according to the Delegation, in the 3-year period of implementation of such Program, exclusive breastfeeding have increased dramatically. 95% of women exclusively breastfeed during the first days, whilst this rate decreases with time going by. In particular, 40% of women exclusively breastfeed after six months.

By addressing a specific concern of the Committee, the Delegation clarified that children can stay day and night with mothers who breastfeed while in hospitals.

The Delegation highlighted then the existence of a group for support led by nurses which gathers women and advised them in relation to breastfeeding. Furthermore, 8 counselling teams exist, which are well-recognised also outside the country.

It was acknowledged that until 2007, women in hospitals used to receive the so-called “happy baby” package, which contained advertisement for baby formulas. However, in 2007, a guideline was adopted prohibiting this package as well as other kind of advertisement in hospitals. Nonetheless, in the knowledge of the Delegation, this kind of advertisement is currently made in pharmacies, shopping malls and other places. Croatia declared its willingness to persist with the above-mentioned Program and continue to encourage breastfeeding. It also asserted that aggressive advertising will be prohibited, even outside the hospital system.

Furthermore, the Committee asked more generally for further information with regard to children’s rights and the business sector. Mr. Sararić, the Head of the Delegation, acknowledged that a balance between personal and working life is difficult in Croatia. However, the Croatian Government is endeavouring to better tackle this issue through the National Family Policy which is still under progress. Relevant measures need to be identified yet. In particular, Mr. Sararić mentioned the necessity to raise awareness about the strong need of family-working life balance within the business sector.

In its Concluding Observations, the Committee made several indirect recommendations. With regard to the general measures of implementation, it urged Croatia to “expedite the adoption of the new National Strategy for Protection and Promotion of the Rights of the Child for 2014-2020 and ensure that it includes concrete goals and measures” (§9) and “to expeditiously improve its data collection system” (§15).

Regarding health issues, the Committee recommended that Croatia “strengthen its efforts to ensure that all children enjoy equal access to health services” as well as “allocate adequate human resources to maintain the quality of health care”.

Additionally, the Committee issued direct recommendations related to infant and young child feeding (§ 49). It requested Croatia to “take action to improve the practice of exclusive breastfeeding, through awareness-raising measures, the provision of information and training to relevant officials, particularly staff working in maternity units, and parents”. It also recommends that the Government “take all the necessary legislative and structural measures, including monitoring, to control the marketing of breast-milk substitutes”.