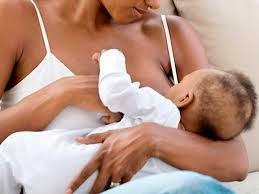 On January 19th and 20th, 2015, the Committee on the Rights of the Child considered the combined Third and Fourth Periodic Report of Jamaica on the situation of the implementation of the Convention on the Rights of the Child in the country. The delegation of Jamaica was led by M.P. Honorable Lisa Hanna, Minister of Youth and Culture.
On this occasion, IBFAN presented an alternative report to inform the CRC Committee on the situation of infant and young child feeding in Jamaica.

General overview of breastfeeding in Jamaica

Despite the high rate of skilled attendance at birth (98.3%) and institutional delivery (97.1%), optimal breastfeeding practices are still not widespread in Jamaica. This is confirmed by the low rates of early initiation of breastfeeding (62.3%), exclusive breastfeeding under 6 months (23.8%) and continued breastfeeding ate at 2 years of age (31.2%). These figures show a lack of knowledge on the importance of the early initiation of breastfeeding among the health care workers assisting deliveries and, at the same time, constitute an evidence of non-compliance with the step 4 of the Baby-Friendly Hospital Initiative (BFHI). Another alarming fact relates to the median duration of exclusive breastfeeding, which is only three weeks for the average Jamaican mother.

The draft National Infant and Young Child Policy, revised in 2014, states important goals related to supporting breastfeeding in communities and the workplace, spreading the BFHI in all institutions, improving the data collection system, building capacity within all relevant agencies and at different levels of the health system, among others. However, to date, this draft has not yet been accepted and thus, the activities carried out by the National Infant and Young Child Feeding Committee remain unclear. Breastfeeding and HIV-related strategies are mentioned in the draft Policy, and thus, have not been endorsed yet. The same applies to infant and child feeding in emergencies, which has been addressed in the draft Policy in the form of specific provisions, but there is no information available on its concrete application.

Regarding protection of breastfeeding, only voluntary measures are in place to implement the International Code of Marketing of Breastmilk Substitutes and there is no enforcement mechanism.

The Jamaican legislation does not provide for an adequate duration of maternity leave (12 weeks) and for proper relevant benefit coverage (only 8 weeks). Furthermore, employers are not required to provide breaks for nursing mothers and fathers are not entitled to any paternity leave.

The CRC Committee addressed specifically the issue of breastfeeding in Jamaica, asking the reasons behind such low breastfeeding rates in the country, despite the tremendous positive developments Jamaica has presented in many other areas of the Convention. It was also asked whether there could be a link between the low breastfeeding indicators and the fact that the legislation does not provide for employers to allow breastfeeding breaks to nursing mothers. The delegation replied mentioning that Jamaica was one of the first countries in the world to adopt in the 1970s an act on the maternity leave which gives women the right to a paid 3-month leave. The delegation also highlighted that Jamaica has a matriarchal society for which many mothers are working and that they do breastfeed their children up to 6 months of age. Pointing out that breastfeeding is encouraged in hospitals, the Head of Delegation described the personal experience of going to the hospital to deliver her baby and being told not to bring any bottles because that was a breastfeeding-policy hospital.

The CRC Committee commented that, however, it is important to provide that the maternity leave is long enough and guarantees that mothers can breastfeed their children up to 6 months exclusively, reminding that this is also a very strong WHO recommendation. Maternity leave becomes thus an essential point when discussing measures aimed at encouraging women to breastfeed their children, if not up to 2 years, up to 6 months at least. The Committee then added that the positive outcomes of breastfeeding are seen later, in the better health status of children and, but not only, in the emotional bonding, which is also essential.

The Committee issued both indirect and direct recommendations related to infant and young child feeding to Jamaica (see the Concluding Observations).
After commending the State party for the decrease in infant mortality rates, the Committee expressed concerns over the “perinatal mortality levels, the increase in maternal mortality, the persistent levels of undernourishment among the poorest children, the general shortage of health care providers and access by children to quality health care, the low levels of breastfeeding and the high rate of children classified as overweight and obese” (§ 44).
Therefore, the Committee recommended Jamaica to ensure adequate provision of prenatal and post natal care, as well as to address the increase in maternal mortality (§ 45a) and to increase the number and coverage of health care professionals for an improved children’s access to health care services (§ 45c). Regarding nutrition, the Committee urged Jamaica to “introduce targeted action to prevent the undernourishment of children, including the promotion of proper infant and young child feeding practices” (§ 45b). On children obesity in particular, the Committee recommended to intensify measures to raise awareness of healthy nutrition among parents, children and the public in general, and to promote healthy eating habits (§ 45f).


With regard to breastfeeding, the Committee specifically recommended Jamaica to “take action to improve the practice of exclusive breastfeeding for the first six months, through awareness-raising measures, including campaigns, providing information and training to relevant officials, particularly staff working in maternity units, and parents” (§ 45d). Finally, the Committee recommended the State party to regulate the marketing of breastmilk substitutes (§ 45e).
Pubblicato da Unknown a 16:28