Netherlands at the CRC: Inadequate Official Information on Breastfeeding and Absence of a National Programme 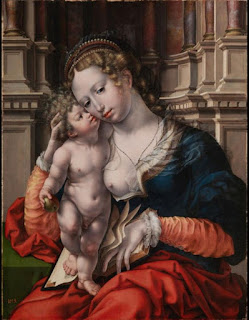 On May 27th, 2015, the Committee on the Rights of the Child considered the fourth periodic report of Netherlands on the situation of the implementation of the Convention on the Rights of the Child in the country. The delegation of Netherlands was led by Mrs. Angelique Berg, Director General for Public Health, Ministry of Health, Welfare and Sports (Netherlands), H.E. Mrs. R. Bourne-Gumbs, Minister of Education, Culture, Youth and Sports (Sint Maarten), H.E. Mrs. Rutmilda Larmonie Cecilia, Minister of Social Development, Labor and Welfare (Curaçao) and H.E. Mr. Pauldrick F.T. Croes, Minister of Social Affairs, Youth and Labor (Aruba).

On this occasion, IBFAN presented an alternative report to inform the CRC Committee on the situation of infant and young child feeding in Netherlands.

General overview of breastfeeding in Netherlands

Generally, there is a lack of regular and systematic collection of data on infant and young child feeding practices in the country and the few data available do not monitor the official WHO/UNICEF indicators (e.g. the rate of early initiation of breastfeeding within one hour after birth is not monitored). Data reveal that some 20% of the newborns received infant formulae within 24 hours after birth, due to a lack of adequate guidance provided by birth attendants. Besides, the country does not organize specific capacity building courses on HIV/AIDS and infant feeding aimed at health professionals.

It is of concern that despite the WHO recommendation to introduce complementary foods from 6 months onwards, official institutions such as the Netherlands Nutrition Centre and the Dutch Youth Health Centre advice to introduce complementary foods at 4 months. Besides, there is currently no Breastfeeding Masterplan in place and the National Prevention Plan does not include breastfeeding. The monitoring role of the National Breastfeeding Council should also be clarified.

In addition, no breastfeeding promotion campaign is being conducted in the country and the International Code of Marketing of Breastmilk Substitutes is not fully implemented while one third of hospitals and maternities are not certified as “baby-friendly”.

The duration of paternity leave duration (2 days plus 3 unpaid) is also too short to ensure that fathers are able to support mothers in establishing exclusive breastfeeding. Finally, there are no specific guidelines or policies regarding breastfeeding support or protection in case of emergency.

Responding to the State report, the Committee expressed concern about the mention of breastfeeding being “women’s own choice” which seems to leave new mothers alone with the decision of breastfeeding their baby rather than providing them with adequate information and support in this regard.

The Committee also expressed concerned about the Dutch official recommendations to introduce complementary feeding at 4 months rather than at 6 months as recommended by the World Health Organization. It also pointed out the lack of implementation of theInternational Code of Marketing of Breastmilk Substitutes. It specifically asked for further explanations on the measures taken bto prevent undue marketing of breastmilk substitutes and to ensure exclusive breastfeeding until 6 months of age. The Committee also asked questions on the measures to address the epidemic of obesity in the country.

The delegation affirmed that in Netherlands, misleading marketing is prohibited by the Commodities Act. It also highlighted that some 80% of mothers start breastfeeding right after the birth, while 47% still breastfeed after 3 months and 38% exclusive breastfeed until 6 months. Regarding breastfeeding promotion, the government indicated that it provides mothers with full information on the importance of breastfeeding through the Netherlands Nutrition Centre.

The representative of Sint Maarten underlined that obesity constitutes a huge challenge in the island. Therefore, programmes are implemented in collaboration with the Ministry of Health and Education to promote physical education, weight monitoring and a healthy eating in public schools. In relation with breastfeeding, the delegation declared that promotion of optimal breastfeeding practices such as exclusive and continued breastfeeding is done through the dissemination of information brochures among mothers.

In addition, the delegation stated that in Aruba there is currently a national plan to protect and promote breastfeeding as well as the implementation of Baby-Friendly Hospital Initiative. The mission of the Pro Lechi Mama Aruba Foundation, created in 2002, is to empower women to breastfeed through educational activities and practical support. It also provides information on breastfeeding to health care providers. According to the delegation, these measures have positively influenced breastfeeding rates in the island (e.g. the rate of exclusive breastfeeding raised from 3.1% in 2002 to 13.4% in 2010).

Finally the delegation of Curacao explained that there is also a foundation in charge for promoting optimal breastfeeding practices on the island and that breastfeeding is promoted within free baby well clinics in which children are followed up until 5 years of age. The Curacao delegation added that mothers are allowed to breastfeed at their workplace and that incarcerated women are allowed to keep their child with them until they reach the age of 6 months.

In its Concluding Observations, the Committee did not specifically address breastfeeding, but it made recommendations indirectly related to infant and young child feeding.

The Committee first noted the lack of a central system that regularly collects data; therefore, it recommended Netherlands to improve its data collection system, including qualitative and quantitative indicators in all areas of the Convention (§16-17).

The Committee also made recommendations on the importance of respecting child rights in relation to the business sector, highlighting the importance of establishing and implementing regulations to ensure the compliance of the business sector with international and human rights, particularly with regard to children rights (§23). Thus, referring to its General Comment No 16 (2013) on State obligations regarding the impact of the business sector on children’s rights, the Committee recommended Netherlands to establish a clear and regulatory framework for the industries to ensure that their activities do not affect negatively children rights (§23a), ensure the effective monitoring of implementation of international and environmental and health standards and implement an appropriate sanctioning system and remedy mechanism (§23b).

Regarding health, the Committee expressed concerns about the high rates of infant mortality (§42a) and the limited access to health care services for children with low economic or social status (§42c). Consequently, the Committee urged Netherlands to take measures to prevent infant mortality by providing effective and quality neonatal and other care services for infants in the whole country (§43a) and to ensure that all children have free access to basic health care services (§43c-d).

Lastly, with regard to nutrition, the Committee noted the significant numbers of child obesity and overweight (§42b) and therefore recommended Netherlands to “provide access to nutrition education and sufficiently nutritious food to all children in the State party in order to promote healthy eating habits” (§43b).
Pubblicato da Unknown a 18:35