Mexico at the CRC: Steep Decline of Breastfeeding Practices 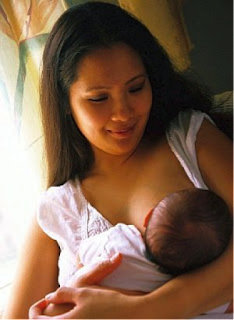 On this occasion, IBFAN presented an alternative report to inform the CRC Committee on the situation of infant and young child feeding in Mexico.

General overview of breastfeeding in Mexico

In its alternative report, IBFAN insisted on the high rates of child overweight and obesity as well as on the lack of drinking water and the widespread sale of soft drinks in schools. In 2006, child obesity rose to 36.9% while deaths caused by diabetes progressively increased.

In such a context, it is of concern that breastfeeding rates are low. The 2012 National Health and Nutrition Survey showed that the median duration of breastfeeding was of 10 months only. It also reveals a steep decline of exclusive breastfeeding rates between 2006 and 2012. Regarding the enforcement of the International Code of Marketing of Breastmilk Substitutes, IBFAN report flagged the lack of monitoring and sanctioning mechanism, leading to Code violations within the National Health System.

IBFAN also noted the Mexico did not ratify the ILO Convention 183 (2000) on Maternity Protection and needs to extend maternity protection to the growing number of women working in the informal sector.

Finally, IBFAN stressed the need to adopt and implement the Operational Guidance on Infant and Young Child Feeding in Emergencies in order to protect breastfeeding during disasters.

The CRC Committee expressed concerns about the high rate of child mortality in indigenous areas. It also raised the issues of child obesity and teenage pregnancies.

More specifically, the CRC Committee noted the decline of breastfeeding rates and the fact that many mothers receive promotional gifts from baby food companies within hospitals and maternities. It highlighted the lack of enforcement of regulations related to the marketing of breastmilk substitutes and asked which actions are by the government in this regard

The Mexican delegation answered that the mortality rate is currently following a downward trend in Mexico, and that many policies and programmes have been implemented in this regard. The government also mentioned their programmes “Prospera” and “Cruzada Contra el Hambre”, noting that they cover large portions of indigenous regions. For example, some 25% of the beneficiaries of the Prospera programme are from indigenous communities. In addition, the delegation noted that more than 700,000 families have beneficied of the programme “Tarjetas Sin Hambre”.

In relation with infant and young child feeding, the delegation responded that as part of a national strategy for breastfeeding a new programme on breastfeeding promotion has been launched. It also affirmed that the Ten Steps to Successful Breastfeeding of the Baby-Friendly Initiative are being implemented throughout the country and that several human milk banks have been set up.

Regarding obesity, the delegation mentioned the national comprehensive strategy for tackling overweight and obesity, which is based on 3 pillars: 1) taxes 2) legal reform and 3) promotion of physical activity. Likewise, a special tax on sugary drink has been implemented as part of this strategy. In relation with the legal reform, the delegation mentioned the integration of a constitutional article prohibiting the sale of sugary drinks in schools, as well as federal legal provisions limiting the advertisement of unhealthy foods on TV during programmes aimed at children and in cinemas. It affirmed that the government carries out awareness-raising activities such as campaigns to measuring waist and promote physical activity and it made reference to the national council on NCDs. The delegation also mentioned the implementation of water fountain in every school as part of the legal undertaken.

Finally, regarding maternal mortality, the delegation noted that several campaigns aiming at tackling teenage pregnancies have been launched. As a result, a drop of 15% of such pregnancies is expected. It also affirmed that teenage mothers are allowed to deliver in any health service of the country.

In its Concluding Observations, the Committee issued both indirect and direct recommendations related to infant and young child feeding to Mexico.

Addressing specifically infant and young child feeding, the Committee expressed concerns the decline of exclusive breastfeeding (§47d) and recommended Mexico to strengthen the efforts to “promote breastfeeding through educational campaigns and training to professionals” and “adequately implement the International Code of Marketing of Breast-Milk Substitutes and the Child-Friendly Hospital Initiative”(§48d).

Highlighting the persistent child chronic malnutrition in rural and indigenous areas (§47c) and the increasing of overweight and obesity among children (§47e), the Committee also recommended Mexico to draft a national strategy on nutrition that would ensure food security, especially in rural and indigenous areas (§48c), as well as to continue raising awareness on the impact of processed food including and strengthen the regulations restricting the advertising and marketing of junk, salty, sugary and fatty foods and their availability for children (§48e).

Regarding, health services, the Committee stressed the need to ensure the availability and accessibility of quality health services, in particular rural and indigenous children, including by allocation adequate resources (§48a).

The Committee also expressed concerns over the high child and maternal mortality rates (§47b), recommending the State party to strengthen and reduce maternal and child mortality, including by implementing the OHCHR Technical Guidance on child mortality (A/HRC/27/31).

Finally, regarding environmental health, the Committee expressed concern about the insufficient measures taken by Mexico to address air, water, soil and electromagnetic pollution, which gravely impact on children and maternal health. It thus recommended the State party to assess theses impacts on children and maternal health as a basis to design a well-resourced strategy to remedy the situation, prohibit the import and use of pesticides or chemicals that are banned or restricted for use in exporting countries and examine and adapt its legislative framework to ensure the legal accountability of business enterprises involved in activities having a negative impact on the environment in the light of its General Comment No 16 (2013) on State obligations regarding the impact of the business sector on children’s rights (§51-52a-c).

[Note: Click here to access to a discussion paper prepared by IBFAN Mexico which provides an interpretation of what should be an "adequate" implementation of the International Code of Marketing of Breast-milk Substitutes.]
Pubblicato da Unknown a 19:07